On my walk to the station three or four days a week I walk down what is locally known as the church path. The final bit of which runs alongside the graveyard and, not surprisingly, the church. Tucked under a tree is the grave of a WWI soldier, Gunner Hadlow.  As you can see from the inscription on the typical WWI headstone he died on 16th March 1918. So just less than 9 months before “the war to end all wars” ended.

Notice too the two small poppies that currently adorn his grave. Later this week it will be 99 years to the day that poor Gunner Hadlow passed away but still someone in my community remembers his sacrifice. I’m remarkably touched by that small but significant gesture. 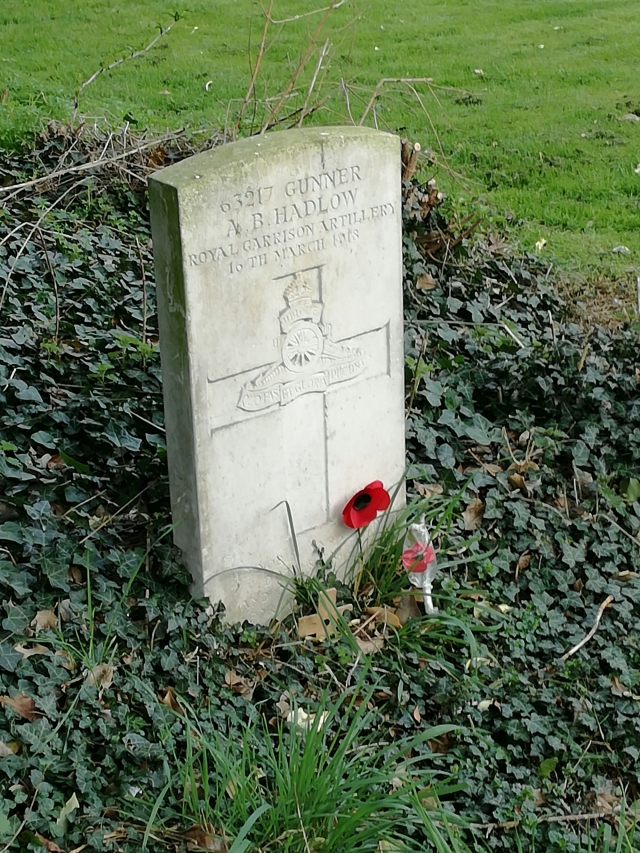 Seems to me lately as a society we’re not doing the level of remembering we perhaps should do.

Music and guitar obsessive who is a recovering alcoholic to boot
View all posts by furtheron →
This entry was posted in Uncategorized. Bookmark the permalink.